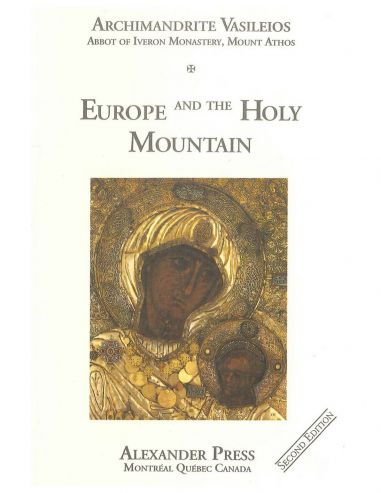 Europe and the Holy Mountain

Here in Luxembourg, we are in the heart of a Europe which is struggling to realize the unity of its peoples. At the same time we are not far from the former Soviet Union which only a short time ago collapsed without succeeding in achieving the vision to which it had aspired, that of uniting its own peoples. The question arises of its own accord: Perhaps  the Holy Mountain, as a unique thousand year old democracy, constituted of monks from different lands and nationalities, has something to tell us about these events, about the collapse of the Soviet Union and the fledging union of European peoples.