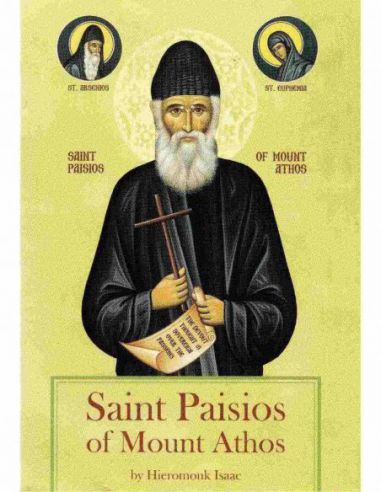 A year and a half has already passed since the 13th January 2015, the day when Elder Paisios of the Holy Mountain was declared a Saint of the Orthodox Church by the decision of the Holy Synod of the Ecumenical Patriarchate. Since then he has been venerated as a Saint, even though he was considered a Saint during his lifetime. A special service has been written for his name day, the 12th July, icons of him have been written. The appropriate honor and devotion is his. This has been a great, long awaited and joyous event; a pleasant, yet not unexpected surprise, given to us by God's love in these evil days. The joy and jubilation of Resurrection warms our hearts, tears are streaming from our eyes, for the Holy Elder, whom we knew and loved and in whom we placed, after God, all our hopes, has been formally glorified as a Saint. So much has been written about the Elder since his blessed fall­ing asleep in 1994, by people who have known him intimately. Some of these witnesses happen to be Elder Isaac's (of Blessed memory) Holy Synodeia from the Hermitage of the Resurrec­tion, Kapsala, on Mount Athos. We now present their book Elder Paisios of Mount Athos, a Life to the English speaking pub­lic in a second edition, since the first edition has gone out of print. This book has been very warmly received, especially in America and Australia. May the blessing of Saint Paisios be with the readers of this book.