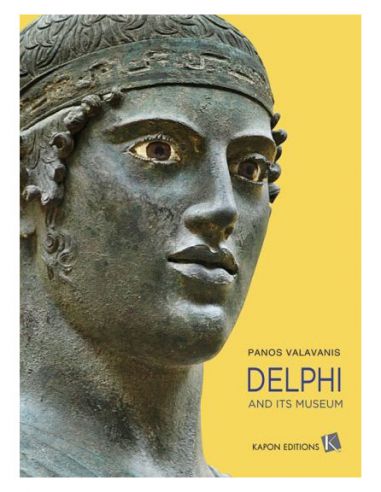 Delphi and its Museum

This book, is an updated account of the archaeological evidence from one of the most important sanctuaries that, with the humanising values of Apollo and the utterances of the Pythia, succeeded, to a large extent, in shaping the history and perceptions of the ancient Greek world. Written clearly and comprehensibly, with the results of the latest research on the archaeological site and in the Museum, its individual chapters document the festival of Pythia and the oracular process, as well as providing a photographic record of the work of recent years.

This book is a completely up-to-date account of the archaeological and historical evidence which relates to this most important of places in the ancient world ―Delphi― which through the humanistic innovations attributed to Apollo and through the utterances of the Pythia, shaped to a large extent the values and history of the Greek world.

Each of the three sites which make up this sanctuary (the Sanctuary of Apollo, the Sanctuary of Athena and the Gymnasium) is described together with its architectural development, as well as the Museum where the works of art on display can be directly related to the place where they were found. In this way a complete, unified picture of the sanctuary is presented. A separate chapter discusses the Pythian festival, the oracular procedure and interpretation of the Delphic rituals, in the attempt to explain the arcane phenomena of the oracle and the impressive influence the sanctuary had throughout the long course of ancient Greek history.

Written in an intelligible but simple style, this volume incorporates the latest results of research into the sanctuary of Delphi and demonstrates, through the photographs, the immense work of conservation and presentation of the site which has been accomplished in the last few years.